Evil spirits in the Capitol that we have to reprimand 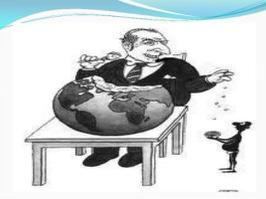 Yesterday’s Gospel informed us about the first activity of Jesus. He called four people to form a community with them (Mark 1:16-10). Today’s Gospel (Mark 1:21-28) describes admiration for the teaching of Jesus and the first miracle when He expels the devil. Mark gathers all of these episodes which had been transmitted orally in the communities, joining them together like bricks of a wall. In the years 70’s, the year in which he writes, the communities needed orientation. By describing how Jesus began His activity, Mark tells of what they should do to announce the Good News. Mark gives them a catechesis by telling the communities about the events in the life of Jesus.

Battle lines are being drawn here. Jesus, we already know, possesses the Holy Spirit and carries the Good News of God’s love for humankind. The unclean spirit represents whatever forces dominate people and make them less free. Such life-sapping dynamics are found right across human life: in family relationships, in religious teaching, in politics, in economics and so on. This is a way of being able to evaluate the events in the Capitol in Washington.

other words, evil spirits that we must reprimand. All misuse of power is included. We see it everywhere. But for Jesus, power is simply for the service of others, as in this healing scene.

Power as humble service is a favorite theme in Mark’s depiction of Jesus. He will die in what seems like a futile effort to eliminate the misuse of power. Here I am being educated into the cost of discipleship. Two questions arise: Do I sometimes try to dominate others? Do I ever protest domination? I ask to be shown how my behavior needs to change.

Jesus teaches with authority, differently from the way the scribes do it. The first thing that the people perceive is the diverse way in which Jesus teaches. It is not so much the content, but rather the way in which He teaches that impresses the people. For this reason, by His different way, Jesus creates a critical conscience in people concerning the religious authority of that time.

The people compare and say: He teaches with authority, in a way different from the way the scribes do. The scribes of that time taught quoting the authority. Jesus does not quote any authority. He speaks with His experience of God and of His life. His word is rooted in the heart.

In the ancient world many illnesses were attributed to possession by an evil spirit. But there is no need to get hung up on this issue while praying with today’s gospel!

Jesus not only preached the Good News in what he said but more so by what he did. Today’s Gospel story shows us a person who spoke with a courage and a wisdom that struck the ordinary people with its ring of authority.

Today I invite you to reflect critically with me on this spiritual task: Today many people do not live, do not think, but rather are driven by mass media. They do not have a critical mind or way of thinking. The demons of lies and misinformation are controlling their lives. They allow other masters into their lives. How can this “devil” be expelled?