We must radicalize our actions 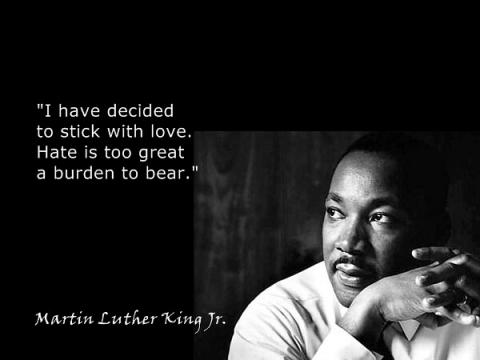 Beyond praying for the victims of El Paso, Texas (20 people killed) and Dayton, Ohio (9 people killed) over the weekend, it seems to me that our prayers must be accompanied by critical analysis in order to understand the real causes of the real problems and at the same time that we prophetically denounce as a church the people behind all this genocide.  It seems to me that we can begin with the advice of the Apostle Paul when he tells us (Ephesians 6:13): Therefore, take all the armor of God, so that you can resist on the bad day, and having done everything, stand firm. In other words, something must be done and at the same time we have to remain firm in what we do.  On the other hand, we can also ask ourselves: Why does President Trump not want to see the correlation that can exist between his speeches / spoken, acted and written language of hate, racism and ethnocentrism with this kind of massacres? Why does the president's administration, ignore right-wing Christian hatred and domestic terrorism? Why doesn't the Republican leadership directly condemn Trump's hate culture movement? Why does the church as an institution only limit itself to praying instead of condemning and combating these anti-human and anti-Christian actions of Trump?  It is clear that the Trump White House is suffering from sociopolitical myopia in the face of white supremacist terrorism. I don't think this is an accident and I fervently believe that Trump as a racist person is full of hate and what he does is very well calculated. Social and economic factors are ignored, but also factors where the basic principles of the Social Gospel of Jesus' radical love have been betrayed and replaced by hatred that produces inequality and domination.
It is no secret that right-wing extremist people are behind numerous incidents of domestic terror, but the government has chosen to ignore the threats. There is a violence by omission that protects those in right-wing extremism, white nationalism, white supremacy, anti-government militia, ethnocentrism, racism and neo-Nazism. This is definitely the foundation of the evil called "America First" because the only thing it promotes is the hate values ​​of White America. This is why for many of these people who militate in these groups Trump is their hero, their leader, their prophet or their messiah. And this rhetoric of hate their religion.  But, on the other hand, I am also concerned about our sociopolitical myopia where we do not see other realities that interrelate to this whole apparatus of hate. For example, partisanship and lobbyists prevent reforms against the arms industry. The United States is currently the country with the highest proportion of weapons in the world.

Added to this is the reality of 40 million people fighting hunger, including more than 12 million children. Also, how nearly 45,000 people die in the United States every year, one every 12 minutes, largely because they lack health insurance and cannot get good care. A recent study by Johns Hopkins states that more than 250,000 people in the United States die each year from medical errors. And prescription drugs are now the leading cause of death due to overdose and the elderly are the most vulnerable. And According to the Journal of the American Medical Association, two hundred and ninety people (290) in the United States are murdered daily with prescription drugs. The key question is: how is it that all these people have become invisible in our society?

That problem we have in our society is part of what President Trump hides. But he is only part of this genocidal oppressive system that put him in the administration of the White House.

There is much to do and it is not enough to pray. We must follow the advice of our San Romero de América: "we have to change the entire system at its root." This requires that we radicalize our actions and thus we will look a little more like Jesus of the Gospels.  In solidarity love, the most important sacrament