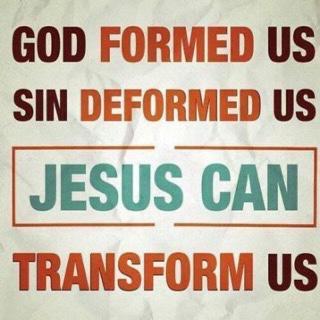 The Gospel today (Luke 11:29-32) presents a very hard accusation of Jesus against the Pharisees and the Scribes. They wanted Jesus to give them a sign, because they did not believe in the signs and in the miracles which He was working. This accusation of Jesus continues in the Gospels of the following days. In meditating on these Gospels, we must be very attentive not to generalize the accusation of Jesus as if it were addressed to the Hebrew people. In the past, this lack of attention, unfortunately, contributed to an increase in anti-Jews among Christians, which has caused so much harm to humanity throughout the centuries. Instead of pointing the finger against the Pharisees of the time of Jesus, it is better to look at ourselves in the mirror of the texts to discover in them the Pharisee which may live hidden in our Church and in each one of us, and who merits this criticism from Jesus.

When Jesus had performed a miracle, some of his audience accused him of having invoked the power of the prince of devils: such was their closedness of mind. From this attitude too came their demand for a ‘proof’ before they would believe in him – some earth-shattering ‘spectacular’ (a ‘sign’). By contrast, it was from their own hearts that such people needed to draw forth openness to Jesus and genuine belief.

This Gospel is an invitation to take comfort from Jonah! He is the only prophet in the Bible who begins by refusing his mission. He is the only minor prophet to be mentioned by Jesus. Yet, he starts inauspiciously. Appalled by what God wants of him, he immediately headed about as far from Nineveh as it is possible to go. Having saved him from the whale’s belly, God calls again. This time, Jonah responds. I offer thanks to the God of second chances.

Like Jonah, we can be called upon to be a conduit through which God’s will is accomplished. Sometimes it doesn’t matter if our hearts are not in what we do – the fact that we do it can be enough for God to achieve astonishing results though us.

For Jesus, it is the repentance of the people of Nineveh which is significant here. If they have wisdom to recognize the authority of the prophet Jonah and repent, then surely Jesus’ generation should be able to do the same, given that Jesus is even greater than Jonah.

The lesson today is that the word of God can transform us. Jonah proclaimed God’s word and the people repented. Saint Teresa of Avila, a great mystic and reformer, drew her inspiration from the riches of Sacred Scripture. Do I allow the gospels to transform me? Where do I see ‘signs’ of God’s activity in my life? Maybe in nature; family; friends; random acts of kindness; poverty; the homeless?