When was the last time you experienced the presence of Jesus? 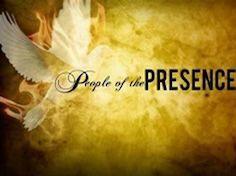 Reading: At this, she turned around and saw Jesus standing there, but she did not realize that it was Jesus. He asked her, “Woman, why are you crying? Who is it you are looking for?” John 14:15.

Good morning, Happy Tuesday, and many blessings my dear family.

Today we celebrate the feast of Mary Magdalene. This Gospel (John 20:11-18) takes place immediately after Jesus’ death. Mary has gone to his tomb very early in the morning, while it was still dark. When Mary arrived at the tomb, the stone at the entrance to the tomb had been removed! Mary immediately ran and found Peter and the “other disciple whom Jesus loved” and told them what she had found. She believed that someone had removed Jesus’ body from the tomb! She wanted them to go back to the tomb with her.

Then Mary immediately returned to the tomb. However, John does not say that Peter and the “other disciple” followed her to the tomb. Mary stood outside the tomb weeping at the loss of her friend and mentor. She had lost him to death, now she also had “lost” his body! Then Mary bent over and peered into the tomb. To her surprise she saw two angels sitting in the tomb. One at the head and one at the foot of where Jesus’ body had been placed. The angels asked her: “Woman, why are you crying?” Mary said: “They have taken the body of my Lord and I don’t know where they have laid him!”

After Mary said this she turned and saw a man standing there! It was Jesus! However, she did not recognize him. Jesus asked her: “Woman, why are you weeping? Who are you looking for?” Mary automatically assumed this man was the gardener. Surely he would know where Jesus’ body had been placed. She asked him to take her to the place where Jesus’ body had been laid. She needed to tend to him and bury him with reverence and love!

Jesus then quietly spoke her name: “Mary.” In that instant, Mary’s eyes and heart were opened! And in Hebrew, she reverently spoke only one word: “Rabbouni,” which means “Teacher.” Immediately Mary stepped toward Jesus. She needed to touch him and embrace him! Then she would know and believe that he truly was alive! However, after a moment, Jesus tells her: “Stop holding onto me! I have not yet ascended to my Father!” Then Jesus sends Mary as the “first disciple.” She was to share the wondrous news of Jesus’ resurrection! Mary immediately left and found the disciples. She joyfully told them: “I have seen the Lord!”

Take a moment and ask yourself: When was the last time you experienced the presence of Jesus? Perhaps it simply was a sense that Jesus was present to you? Did you cling to this experience? Did you share your experience with anyone? It is a wondrous gift to see or sense Jesus’ presence and love!