The touch of faith 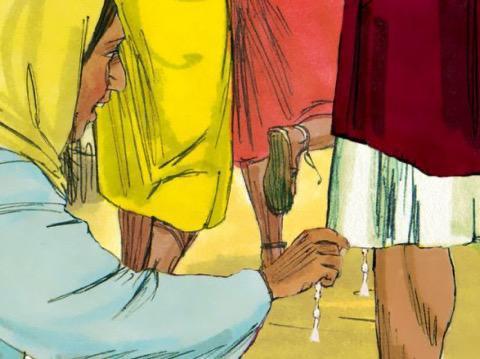 In the Gospel of Matthew (9:18-26) we are presented with the story of a woman who had a discharge of blood, she was ceremonially unclean. A person touching her, or her blood-stained garments required to wash and was also unclean until the evening.

I mean, not only did she spend all her money looking for doctors to cure her, she was also living in isolation for 12 years. This if it is a precarious situation: woman, ill, without money and rejected by the religious and community authorities. However, this woman with the flow of blood received her outstanding miracle not just because of her touch but because of her touch accompanied with faith. Your miracle depends on your measure of faith. What is your level of faith today?

In some way this woman heard about Jesus, meaning she would have heard about the compassion of Jesus and the great miracles that he performed. The reports that she heard built faith within her. She decided to reach out to Him. She was unclean and as per the law, she could not touch anybody but to approach Jesus, she had to pass a great multitude. She did that as inconspicuously as possible. Notice how great her faith was. She said within herself, “If only I may touch His clothes, I shall be made well.” It happened just as she believed. The moment she touched the hem of his garment, she realized that her flow of blood had stopped. She received her miracle that she was waiting for 12 long years.

This woman touched Jesus in such a special way that Jesus knew that power went out of Him and asked, “Who touched me?” His disciples said to Him, “You see the multitude thronging You, and You say, ‘Who touched Me? Multitudes were thronging Him, meaning multitudes were touching Jesus on all sides. This multitude would have included people with various needs and sicknesses. But none of them received their miracle. Power did not do go out of Jesus when they touched Him. What made the difference? Not the touch but the faith associated with the touch. This was a touch of faith

Touch is a method of communication. We don’t always have to verbalize our feelings. Love can be communicated through a touch. Sometimes when someone is worried you can touch someone in such a way that they can feel comfort. That worry or that anxiety is going to pass. That things are going to be ok. We have body language. We talk with our eyes. We talk through our facial expression. We talk through our hands. Thru a stare or even a glance.

Perhaps you have said, “I would love for Jesus touch me, but I don’t feel His touch.” Then be like this woman. If you’re not feeling His touch upon you, reach out and touch Him. Have you made the effort to press through the crowd of unbelief, of busyness, of entertainment, of activities—the crowd of all that stands between you and the Lord? Press through and say, “I just want to touch the hem of His garment. I know if I can touch Him, I’ll be helped.”